My two greek friends by Korres 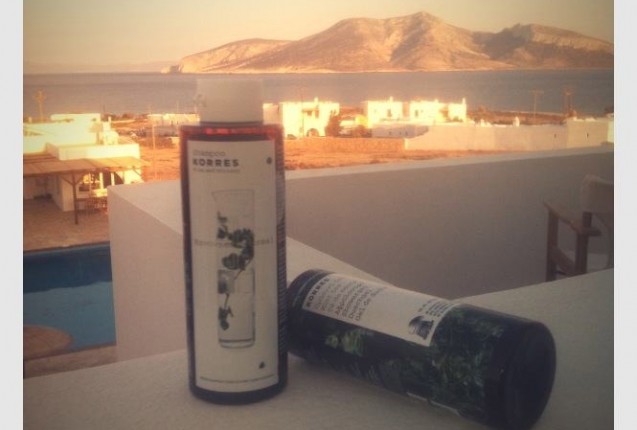 . . Hello my little (s) scrunchies, Here it si the Man of MecMyBeauty ! ... I should say Hello my micro glikamou ... because I'm writing from Greece. To be more exact, a mini mini mini island but really ... It is less than 5km2. There are fewer than 300 people that we rose to 600 people with the tourists. Well ... sea, windmills, goat, pretty Greek, figs and all the crap. Love it. You wake up when you want. We took a nap. We get tan and after you shower to eat out in one of the 10 taverns in the area. . Necessarily in time to pack, we said: "This year, I'm light!" ... Hum ... So we end up with two suitcases but not overfilled. To be a little local color during the stopover in Athens before taking the boat (especially because you forgot your Kiehl's shampoo and shower gel as usual!), You are going in Atika (the local Bon Marche) and then we made a stop at Korres ! . So for the parenthesis: Korres, I like it. I've tested their man products and  I loved (see post). I also like it because there are products in the bathroom of Fresh Hotel .... J'adooooore the Fresh! If one day you're in Athens sleep there. have a swim in the rooftop pool or take it then just drink still on the roof. That is top ... . So ... Here I am at Korres Athens ... I need a shower gel and shampoo. For the shampoo it 's easy : I take the one that I know for normal hair. It is called Aloe and Dittany. I do not know what it is but I like it. It feels good ! There's stuff  from the Crete mountains ! Anyway I like it ... . Hardest part will be choosing the shower gel ... We remember that it is hot as in oven pizza here and yout body is non stop covered by sunscreen. So you want something cool, light and feel good, of course .. So I religiously opened and smell all the shower gels in the front of the stunned and skeptical eyes of the seller ... Speaking only Greek she could not say anything to me. And I finally found one in thé à la menthe, , pure bliss!! It smell super good. It is light. It is the pleasure of the evening : a lukewarm shower gel +  gel frais au thé à la Menthe Korres + finish with cold water ... And presto, you are ready to drink ouzo all night. . I add, that the marriage of mint tea with my new cologne Figuier de James Heeley which I mentioned a few days ago, it's just pure bliss! I know because I am writing from my balcony sipping a glass of white wine while watching the sunset over the sea with my fiancé ... ;) ;) 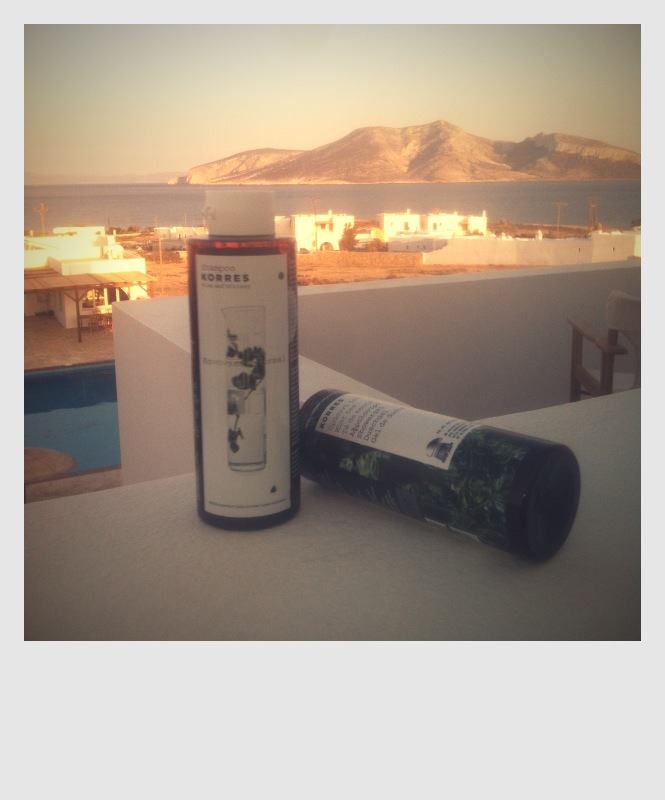